We reinvent business meetings, blow minds and open people up to forward-thinking ideas.

C2 International is the creator and producer of the most forward-thinking business events in the world, combining progressive and inspiring content with a highly creative, collaborative and immersive context that turns guests into engaged participants.

Born out of the idea that business events have not yet entered the 21st century, C2 aims to gather leaders to collaboratively explore the creative intersections of commerce, science, technology, society and sustainability.

C2 Montréal has emerged as an essential destination for business leaders

C2 International has been credited with driving the “festivalization” of business events and has been highlighted by the trade press as a standout leader revolutionizing the event business. Its flagship C2 Montréal event was launched in 2012 by creative agency Sid Lee, and has emerged as an essential destination for business leaders. It has been voted “Most Innovative Conference” and “Best Conference” multiple years running, and the 2018 event took home awards for “Canadian Event“, “Sustainable Event” and “Kick A** Experience“.

Now C2 lends its creative savvy to organizations the world over, building events for businesses in North America, Europe, Asia and the Middle East. C2 has produced events in close to 40 cities for global leaders such as Michelin, Microsoft, EY, Google and YPO, to name a few. 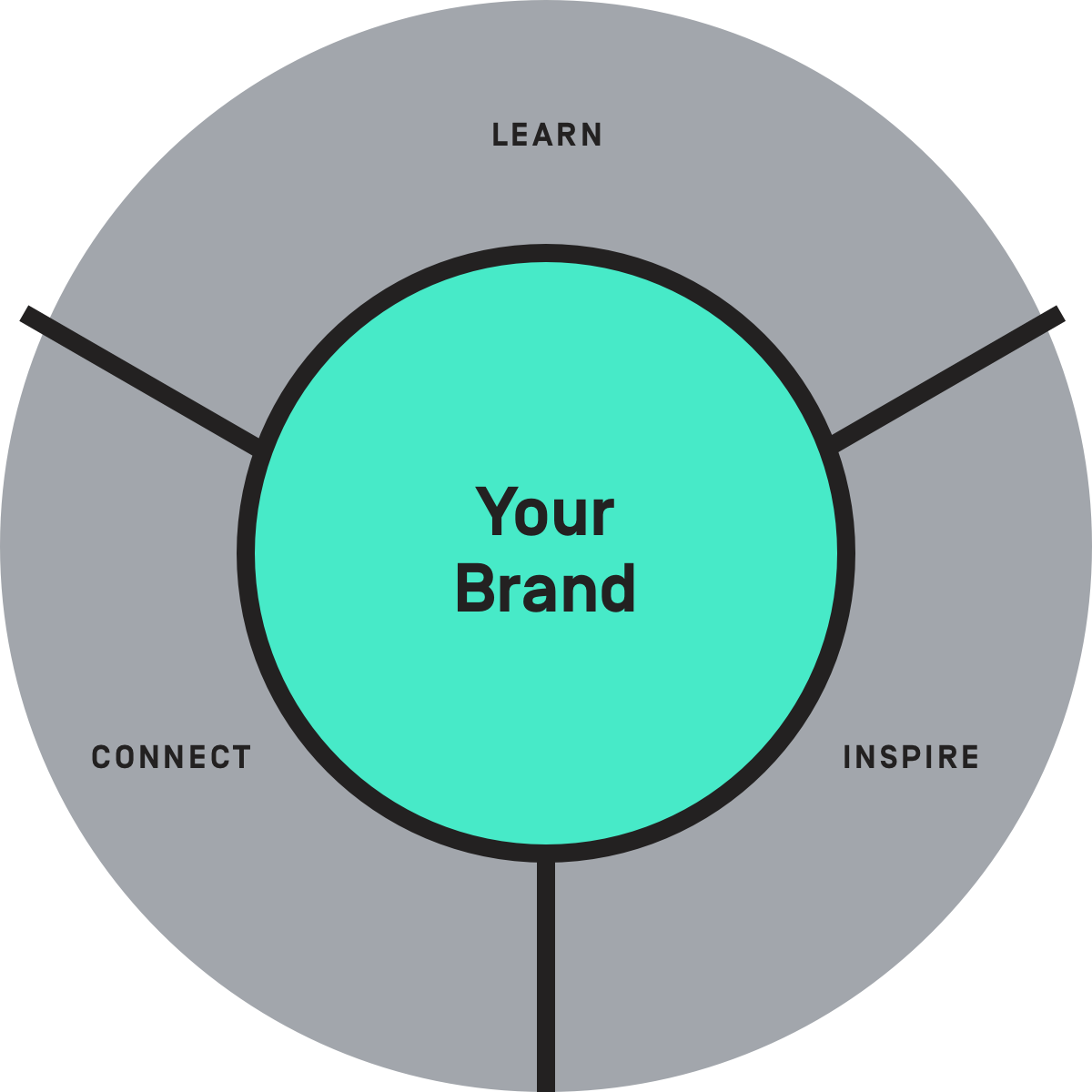 C2 has assembled an exceptional team of event professionals with experience delivering events around the world. Many have extensive experience in the entertainment or hospitality industries, which helps us bring a more creative approach and a better curated experience to business gatherings.

Our team is based in Montreal, a world-class live entertainment ecosystem internationally renowned for its creative and production excellence. 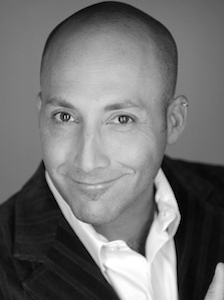 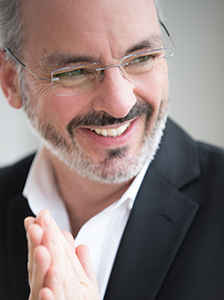 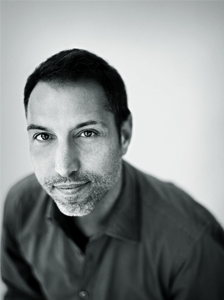 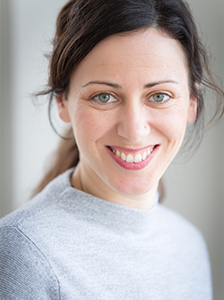 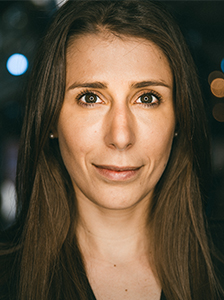 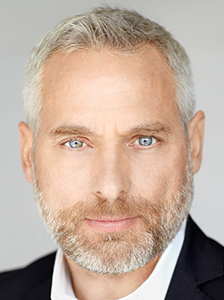 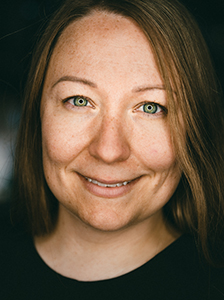 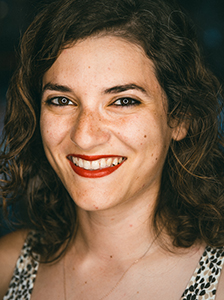 As Vice President of Production, Mikaël is responsible for overseeing C2 International’s productions, both creatively and financially. This role covers in-person and digital business experiences, events and conferences.

Mikaël has been actively involved in Quebec’s cultural industry for over 20 years. Passionate about music, he first held Technical and Sound Director positions for Solotech, the Tremblant International Blues Festival, the Fête de la Musique and the Festival International de Jazz de Montréal. In 2008, he became Vice President of Production for Spectra. In 2014, he founded Illuminart, the interactive digital art component of Montréal en Lumière. In addition, he oversaw the operational integration of the Just For Laughs Festival into the CH Group’s activities, along with supervising the CH Group and evenko’s production department. More recently, he acted as the director of production services for Lune Rouge Entertainment. Before joining C2, he was Executive Director of Production and Business Development at Montréal en Histoires.

A deal-maker, passionate builder and social business advocate, Richard oversees C2’s international development and mobilizes the brightest and most influential minds from a wide network of countries and industries. These efforts result in a unique ecosystem of partners engaging with C2 during its annual flagship event in Montréal as well as during events of varying scale abroad.

Prior to his journey at C2, Richard had accumulated more than 25 years of experience in operations, sales and corporate planning for various organizations, from governmental institutions to private corporations.

A festival and event veteran, Jacques-André Dupont brings more than three decades of live event-expertise and business acumen to the table. A seasoned communication, marketing and business development leader, he has spearheaded the exponential growth of some of Canada’s most important events, including the Festival International de Jazz de Montréal, FrancoFolies de Montréal and Montréal en Lumière.

A respected pillar in the business community, Jacques-André is a passionate and empathetic leader focused on driving concrete impact and change.

Prior to joining C2, Jacques-André was president of L’Équipe Spectra and Executive Vice-President Groupe CH. He also co-founded and lead X3 Productions for several years, the company behind the international success of the blockbuster exhibition Star Wars Identities.

As founder and executive chairman of C2 International, Jean-François launched and propelled the conference as one of the largest innovation events in the world. An entrepreneur at heart, Jean-François co-founded Sid Lee 20 years ago and led the outstandingly creative and award-winning agency as CEO. At C2, he oversees an event team that grows to over 300 members each year and a budget of more than $10M. He has acquired unparalleled expertise in revenue building, creative development, and event management.

A seasoned strategist and a renowned challenger of the status quo, Jean-François has carved out enviable global positions for both Sid Lee and C2 by advocating a multidisciplinary approach that breaks down barriers between disciplines.

As C2’s great visionary, Génifère holds the reins of the company’s creative process. The driving force behind the magic of C2, she weaves together artistry, showmanship and attention to detail to deliver truly unique “wow” moments. Génifère oversees the content and event programming for C2’s flagship conference as well as the design and execution of its international events. She also spearheads the company’s ongoing efforts to become the largest environmentally certified event of its kind.

Prior to joining C2, Génifère was the director of artistic and equestrian operations at equestrian entertainment company Cavalia.

Anick’s strength is in linking great ideas to revenue. Her knack for understanding current and future partners’ business goals allows her to forge meaningful and lasting partnerships for C2.

After having acquired a marketing and economics degree at HEC Montréal, Anick spent five years as a co-entrepreneur in international real estate. She joined C2’s sales team in 2015 and quickly added business development and partnerships to her repertoire. Through her deals with tech and financial institutions such as IBM, Facebook, Element AI and RBC, she has elevated the partnership to new heights and has proven herself instrumental to C2’s broad local and international networks.

Thomas is a dynamic and tested financial executive with over 25 years of experience in corporate finance. Thomas has held key positions of leadership, including 10 years in international treasury, eight years in cost accounting, and seven years as CFO/partner in various SMEs.

Thomas has extensive experience in international trade, worldwide cash management, risk management, FX and the implementation of ERP systems. He is a strong team player, with a deep professional network.

Thomas graduated from the Université du Québec à Montréal with a Bachelor in Accounting, and holds a CPA, CA certification.

A brand and marketing executive with 15 years of experience, Julia has carved out a niche as a digital marketing thought leader and storyteller. As C2’s vice president of marketing and audience, she is responsible for growing the brand’s global audience across all channels, driving conversion and enhancing brand awareness and equity.

Julia began her career in media and publishing. As Canada’s very first multi-platform editor-in-chief, she paved the way for tremendous print, digital and social media growth in each of the brands she oversaw. She has created more than 120 magazine covers and launched several websites, apps and social media accounts.

An international commerce school graduate with a thorough understanding of the corporate world’s inner workings, Linda gained a specialization in human resources by obtaining a Master’s degree.

Motivated by the dynamic, constantly evolving nature of the events industry, Linda is driven by the imperative for businesses to constantly reinvent and adapt themselves through creativity and agility.

At C2, she is in charge of managing the company’s talents and nurturing its culture. Her mission, as she explains it, is to make sure C2 offers its teams a stimulating workplace that helps employees reach their full potential and contribute to the company’s overall performance.